The View co-host Sherri Shepherd has some confessions that she wants to share with the world. Sherri gave Precious Times magazine an interview and was very candid about her past.
In the new issue of black Christian women's magazine Precious Times, Sherri Shepherd reveals that her life was once so rough she didn't care if she died. "My sister was heavy into drugs, and we would have to go and get her from crack houses," Shepherd, 41, says.
At the time, the stand-up comic — then a Jehovah's Witness – was "in a very physically abusive relationship," she said. "I was sleeping with a lot of guys and had more abortions than I would like to count." She said her self-esteem became so low, "I felt if someone killed me, it wouldn't even make a difference." But after converting to Christianity, she said, "God showed me that it would make a difference."
Let it out baby, let it out. Ms. Nina commends Sherri on being so open about skeletons that most people tuck away in the back of the closet.
Posted by Nina Monroe at 3:16 PM

This is my opinion on the latest and greatest in celebrity product. I am not offering advice just commenting or voicing my opinion on things I like. Nothing printed is presented as fact, just opinion. All pictures and video are the property of their rightful owners. 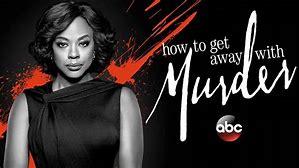